Challenging Card Games That Make You Think To Win!

Good family card games will help families come together and have some fun when playing games. These games are great for starting a family game night. These games are also great for your gaming group. They will challenge you and make you think and to play a strategy to win the game.

Games will help children to develop their skills and think. Recognize that someone wins and someone loses. It also helps them develop how to cooperate and work together and develop independent thought.

These card games also make for great gifts anytime during the year.

You may want to check out some of our other family game articles by clicking on the link of interest: Top Family Card Games, Top Family Board Games and Best Family Dice Games.

Just click on the topic of interest and you will be taken to that section. Or, you can scroll down to view them all.

The pros cons of these card games are all pros because of the learning skills, educating, thinking and planning that goes into winning card games. A little luck may also play a part too. The only cons here are some of these games are a little expensive as half of them cost above $20. But, some may be good to have in your collection if you are a member of a gaming group.

Below are twelve of some of the most unique and challenging card games your family and gaming friends will enjoy. 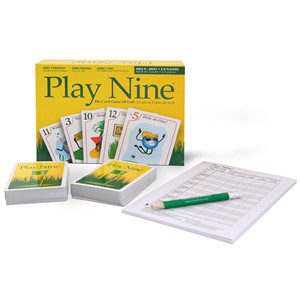 This challenging card game can be played with 2 to 6 players ages 8 and up and takes about 20 minutes to play. This is a golf card game where you try to have the lowest score on each hole. The game consists of nine holes. Players are dealt 8 cards and on their turn will place them in 2 rows of 4 cards each. All players tee off by revealing any 2 cards face up. The first player to the left of the dealer will go first. They have the option of drawing from the deck or the discard pile. They have two options. Either replace a face up card or face down card with the card drawn. Or, discard it and turn up a face down card. Play continues in this manner until all 8 cards are revealed by all players. Score each hole per instructions on the score sheet. The player with the lowest score after nine holes is the winner. To assist you in lowering your score there are shaving off strokes by matching two, four, six and eight cards and hole in one cards. 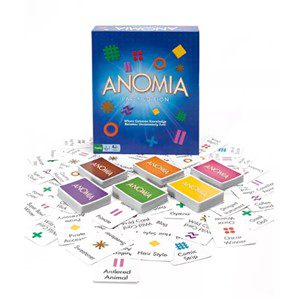 This card game can be played with 3 to 6 players ages 10 and up and takes about 30 minutes to play. The object of the game is to win the most cards by facing-off with other players. The dealer takes one of the six decks and shuffles them and divides the deck in half and places the split deck in the center of the table. These serve as the draw piles. The dealer goes first by drawing a card from either pile and places it face up in front of them. All players see the card’s symbol. Now, one at a time, players draw a card from either pile in clockwise order. Place the card in front of you. If the symbols don’t match, the next player takes their turn. Keep drawing cards until symbols match. When symbols match, the two players have a face-off. Players must think of person, place or thing based on the category of their opponents card. The first person do correctly do this, wins the card. Play continues in this manner until the draw piles are depleted. The winner is the player with the most cards won from face-offs. 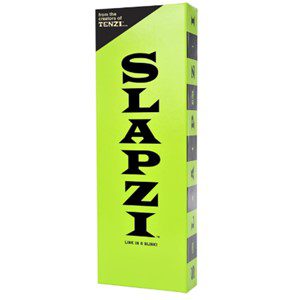 This card game can be played with 2 to 10 players ages 8 and up. The object of the game is to get rid of your five picture cards. Everyone is dealt 5 cards and are placed in front of them. Any player flips over the top clue card from the pile and places it in the center of the table. Everybody looks at their cards both front and back to find a picture that closely matches to the clue card. If you have one, be the first to slap it on the clue card to rid that picture card. A new clue card is flipped over as play continues until someone rids all of their picture cards to win the game. Beware, if you choose a card that the majority of the players say it doesn’t fit, you take that card back plus one from the deck as a penalty. 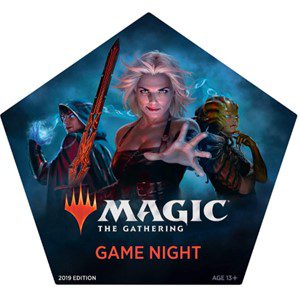 This card game can be played with 2 to 5 players ages 13 and up. The object of the game is to kill the other players. Everyone starts with 20 health points. The goal is win by drawing powerful spells and creature spells that can lower your opponent’s life total while sustaining your own hit points. The first player whose life total reaches zero loses. To summon these spells, you rely on what are called land cards or mana. These lands and their coordinating colors represent the very basic building blocks of Magic. Remember, you lose when your health points reaches zero. 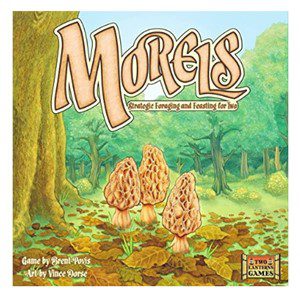 This is a 2 player card game for players 10 and up and takes about 30 minutes to play. Separate and shuffle both day and night decks. Place them in the play area. Take 8 cards from the day deck and place them face up in a line. This is known as the forest. Give each player 1 pan token and three day cards. The first player takes their turn selecting 1 of 5 actions they can take. There’s a maximum limit of 8 cards in your hand unless you have the basket card which increases your hand by 2 cards. The game ends when the last card is removed from the forest. Players now add up points of cooked mushrooms on their cards. The player with the most points is the winner. 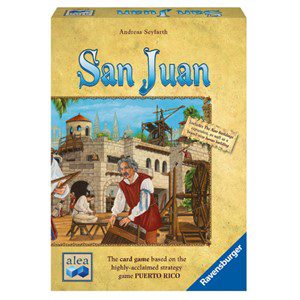 This card game is for 1 to 4 players ages 5 and up. The object is to race against your fellow colonists as you strive to buy up plantations and mines, and build industrial, commercial and government buildings. Deal each player 4 cards and 1 Indigo plant building. You can build up to 12 buildings. Players take turns adding buildings in their play area. Once a player has built a 12th building, the game ends. Players add up their victory points on the buildings built. The player with the most victory points is the winner. 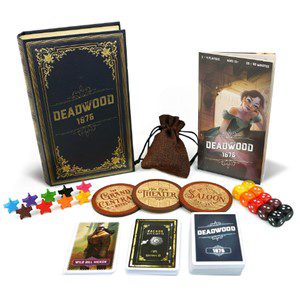 This card game can be played with 2 to 9 players ages 13 and up and takes about 40 minutes to play. Object of the game is to win the most gold. Place the 3 establishment platforms in the center of the table. Each player selects a character card. Place matching stars in the bag. Pull out stars one at a time and place them in the establishment platforms per instructions. Continue until all stars have been placed. Shuffle the Deadwood cards and give each player 4 cards. Deal 2 safes to each player face down. The first player takes their turn and decides to use the cards special item or utilize the gun portion to either duel or robbery. Play continues until 4 turns have been made by all players. Players add up their gold. If they are with other players they are combined. The establishment with the most gold goes to Final Showdown. The last surviving player is the winner. 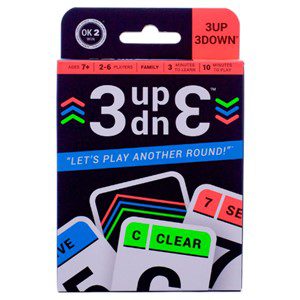 This card game is played with 2 to 12 players ages 7 and up and takes about 10 minutes to play. The object of the game is to get rid of your cards before anyone else. The dealer shuffles the deck and places three cards face down in front of each player. Players are not allowed to look at these cards. The dealer deals 6 cards face down to every player. Players then select 3 cards to place face up on the three face down cards leaving only 3 cards in their hand. The remaining cards are placed face down to form the draw pile. Starting with the first player and going clockwise a player discards a card from hand as long as it’s equal to or greater in value than the card in the discard pile. You must play a card. It not, you pick up all cards in the discard pile. You must draw a card to make 3 cards in your hand. Play continues until the draw pile is exhausted. Then, if you have no cards in your hand, you can play one up card. After those are gone, the 3 down cards. Play continues until one player plays their last 3DOWN card and wins the game.

#9. The Lord of the Rings – Fantasy Flight Games 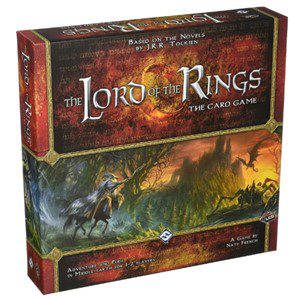 This card game can be played with 1 to 4 players ages 13 and up. Players take on the role of hero’s who are attempting to complete a dangerous quest. The game provides players with a variety of elements—characters, settings, enemies, events, items, artifacts, scenarios—that allow them to embark upon new adventures and share new experiences with the beloved The Lord of the Rings characters and settings. Unlike most card games, in which the players compete against each other, The Lord of the Rings: The Card Game is a cooperative game in which the players work together, competing against a scenario that is run automatically by the game. In each game the players attempt to overcome the particular encounters, enemies, and challenges of a scenario, against which they either win or lose together. 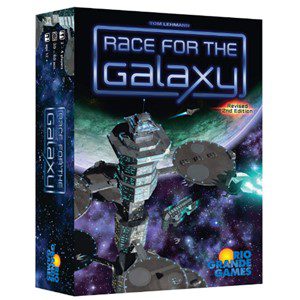 This card game can be played with 2 to 4 players ages 12 and up and takes about 1 hour to play. The object of the game is for players to build galactic civilizations using game cards that represent worlds or technical and social developments. Each round consists of one or more of five possible phases. Players may choose to skip some phases. With cards, players can settle new worlds and build more developments, gaining both victory points and card powers that provide advantages in certain phases. The player who best manages his cards, phase and bonus selections, and card powers to build the greatest space empire, wins. The winner is the player with the most victory points. 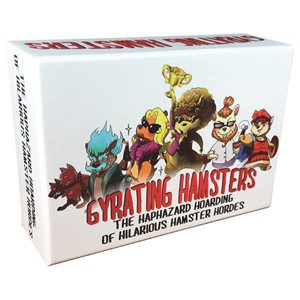 This card game is for 2 to 5 players ages 8 and up and takes about 30 minutes to play. The cards are shuffled and 8 cards are dealt to each player. Players select 3 clan hamsters for their starting horde. On your turn you draw 2 cards, play 2 cards and battle. The first player to horde 16 hamsters or 9 hamsters from the same clan wins. 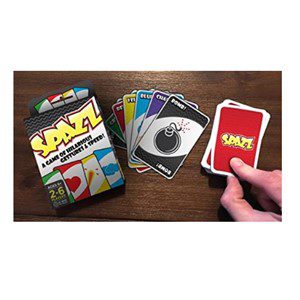 This card game can be played with 4 to 6 players ages 6 and up. The object of the game is to get rid of all your cards. All the cards are dealt to every player equally. Left over card are placed face up in the center of the table. Each player takes their cards into their hand without looking at them. The first player takes the top card from their pile and places it on the center pile. The next player plays their top card on the previous card. Play continues this way until the top two cards match or until a special card is played. When the match card is played, all player must perform the action. The last player who perform the correct action takes all of the cards in the center. Play continues until one player has no more cards to play and win the game.

You can shop for these card games by selecting or clicking on any image below. You will be taken to Amazon where you can place the order.

Go back to the Pros Cons Shopping home page.